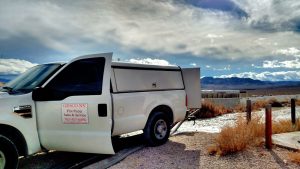 Gesco is your go-to fire sprinkler pump and fire pump part company. Offering the most trusted brands in fire pumps, we want you to feel confident knowing that your fire safety equipment will operate in an emergency. Our commitment to excellence has helped make us a leader in Nevada, Utah, California and Arizona. Proudly serving you for four generations.

We are your regional supplier of Patterson fire pumps and parts. Providing fire safety service to millions around the globe, Patterson pumps are engineered with expertise, allowing you to get the right pump for the job. As one of the world’s leading suppliers of quality pumps we supply the right pump for your fire systems. With this extensive product line you are sure to find exactly the fire pump you need.

Our company has been in operation for over 90 years, and has stood the test of time. When other fire pump supply companies have left the market, we have continued to grow and excelled at every step. From service to supply we offer only the best products and most reliable service to ensure you have the fire pumps and parts you need, when you need them.

In 1920 George E. Swett Sr. opened up an office in San Francisco. At the time he was good friends with Lurline Matson, soon to become the heiress to the Matson Navigation Company. During his trying days prior to the Great Depression, George sold machinery to workers on the San Francisco Docks. During those years Lurline introduced George to her Father’s General Manager and he sought out Warren Pump Company to be a distributor. Warren Pumps built many shipboard pump services and with Matson needing pumps with their sophisticated and expensive materials, he managed to run the Company through the ensuing difficult times in the 1930’s. It was not unusual to have pumps made of Monel, Nickel Aluminum Bronze, Zincless Bronze, and Low Carbon Stainless Steel for pumping duty in Seawater applications.

As George built the business World War !! began and again hard times prevailed upon him with shortages of pump building materials, but he endeavored and in 1943 James E. Swett Sr. joined the Company and actually loaned George $5,000.00 of his Military savings to fund ongoing operations. James was currently on Marine Corps reserve duty by Presidential orders and was not allowed to fight again in the Pacific Region. 2nd Lieutenant James E Swett, as a Marine Corps fighter pilot was ordered into his first combat mission as a flight leader with 4 Wildcat fighters.
James quickly encountered the enemy heading to bomb the fleet in the Florida Islands, Solomon Island region. He dove on 3 Val dive bombers and shot all three down but in his wake, his port wing was shot by friendly fire. Although still able to fly, he headed towards the airbase and came across another wave of Val dive bombers and he nosed his aircraft upwards, shot, then pulled back and repeated this action until one of the rear gunners nailed his oil cooler.

Once that occurred, his propeller seized and he headed down and crashed landed in the ocean. Once he surfaced into his life raft, a pickett boat came and rescued him. The total time it took from takeoff to crashlanding was about 20 minutes, and he was credited with 7 planes show down. He became an Ace in a Day…… for his efforts, he was awarded the Congressional Medal of Honor, and both Harry Truman and FDR signed his citation which is on GESCO’s wall in Redwood City. The two Presidents did not allow James to active combat after his initial activr duty period. James total planes shot down ended with 15.5 confirmed.

As time progressed into the 60’s, and 70’s James hired a few men but they never stayed with the Company.
In 1973, John Swett joined the Company, retired from the Marines, and was married all in the same year. John’s first job was working at Berkeley Pump Company beginning in the test pit measuring water flow, voltages, and amperages, ultimately plotting curves and iso-efficiency lines in the Applications Dept. then moving onto to the sales and pricing departments, John learned a lot about all the working parts of a pump. In his tenure a Berkeley Pumps Co. For those of you whom owned a Berkeley Jet Boat, the 12” pump produced about 2500GPM at 125psi. Using a 455 Olds engine, they were pretty hot in their day. The days in the 70’s were erractic and prices and availability seemed to never stabilize with the Oil embargo, and sky rocketing inflation. John and James discussed the need for more exposure to Fire Pumps and on that note, John pursued fire sprinkler contractors as often as possible. The company began to grow when Contractors believed in our abilities, service, and products.

As the Company progressed, in 2004 Brian Swett joined the Company usually in the field rolling up hoses after a flow test…. Thank you Brian, in those days, it was essential to have a helper in the field. Brian went to various schools for pumps, engines, control panels, and on the job training. Field exposure with hands on is needed to experience first hand knowledge of all the components in a Fire System. In 2006 Brian moved to Henderson NV to learn more about Fire Pumps and to experience working with other co-workers. That did not prove helpful since the co-worker was supposed to teach Brian of the intricacies of Fire Pumps, did nothing to help. That fell on deaf ears and Brian looked elsewhere to better his knowledge. Through Vendors, contractors, Corporate people, on the job training, and our principal Patterson Pump Co., Brian has become a formidable and knowledgeable pump person.
In January 2017, Brian succeeded John as owner of both corporations and the rest of the story is in the making going forward today.

Get Your Quote Today

Choose From All Product Categories

The most trusted supplier of fire pumps and parts for your Fire Suppression System needs. We have the right pump for you.